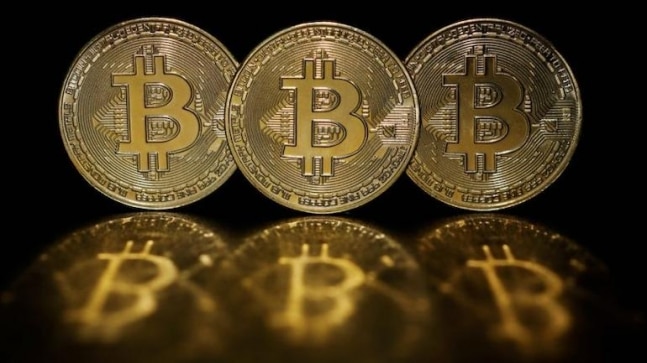 What is Bitcoin or the crypto coin? For some it is such a big investment that they will borrow money to buy it.

Cryptocurrencies like Bitcoin, Dogecoin, Ethereum are all buzzwords right now. There is a lot of gossip. There is talk of the Indian government banning cryptocurrencies. There are discussions around their future potential and how they enrich people. Some pundits call crypto a bubble, or as Ayushman Khurana mockingly put it in an ad “saab hawa hai”. Some experts believe that they will save ordinary people from the tyranny of government and banks. So much chatter! But what do ordinary people in India think about Bitcoin? To find out we asked some.

There are basically two sides to this story: there are many in India who have heard of Bitcoin and believe that something exciting is going on around it, but they are not convinced enough to invest the money in it. .

Then there are the regular small investors who have not only heard of Bitcoin, but are also invested in it. Whether they invested in it knowing well its nature is something that is debatable. But basically they all say one thing: Bitcoin and other cryptocurrencies are a great get-rich-quick way.

This belief in ‘get rich quick with Bitcoin’ is primarily the reason why so many Indians are now dabbling in cryptocurrencies. According to the brokerage discovery and comparison platform BrokerChooser, India now has the highest number of crypto owners in the world.

It’s a way to be part of the future

“Bitcoin is not only a way to make your money grow, but it’s also a way to be part of the future,” said Debasish Kashyap, 30, senior analyst at a consulting firm. He has been investing in Bitcoin since 2015. Kashyap is an avid reader of tech websites and loves to try his hand at new technologies.

“As a cryptocurrency investor, I strongly believe that decentralized currencies will provide a common investment platform for cheap and faster means of transfer.” To date, Kashyap has invested up to Rs 4 lakhs in Bitcoin and has received 100% returns. Or so he says.

Will even borrow money for Bitcoin if needed

Another believer in Bitcoin is Nadeem Khan, 31, an interior designer in Noida. He says he has received fast and high returns from Bitcoin.

“My friends first told me about Bitcoin in 2016 after which I started investing in it. I have full confidence in Bitcoin because it has given me very good returns in the worst of. Of course, I’ve had my fair share of bad days too, but I got through and covered my losses, ”he says.

Nadeem has so far invested around Rs 7 lakh in cryptocurrency. It suffered a loss of Rs 2.5 lakhs in 2018 when India effectively banned cryptocurrency transactions to purchase goods and services in the real world.

“I had to put my money on hold for a very long time and it impacted my other spending. Fortunately, I managed to sell it when the prices were favorable. I find Bitcoin to be the best way to invest. your money. I can even borrow money to invest in it if needed, “he said.

Better growth than other investments

No more converting to Bitcoin? Yes, there are a lot of them in India. Shantanu is one of them. “There are several other platforms to invest your money in, but it wouldn’t be wrong to say that Bitcoin is one of the fastest and best ways to make your money grow,” says Shantanu, 34. “Other avenues of investing don’t bring you such big profits in a short period of time. That’s why I invested in it. Yes, there is a risk of loss as well, so it depends on your appetite for risk taking. “

Some don’t understand but ride the wave

Investors like Rashmi are new to Bitcoin and are still figuring out how it all works. She read how Bitcoin has grown over the years and it sparked her interest in cryptocurrency. But when she saw advertisements, the recent ones that were called misleading, and saw celebrities endorsing cryptocurrencies, she became convinced.

“Seeing celebrities like Ranvir Singh and Ayushman Khurana doing advertisements for Bitcoin – it builds confidence and increases our confidence,” says Rashmi, 26, who works for a multinational. “I invested a small amount.” Although in the future, she plans to invest more and larger sums in cryptocurrencies.

For some cryptocurrencies are a social media platform

While most people try to get rich by investing in cryptocurrencies, some do it because it helps them gain aura and friends. Student Nihaal, 22, started trading Bitcoin after coming into contact with a group of friends who voraciously read and invested in cryptocurrency.
“My friends told me about it. It was hard to understand at first, so I read a lot about it and then invested a very small amount in it. Our discussions in the canteen are mostly about crypto. currency and I can say that Bitcoin has given me a good bunch to hang out with, ”he says.

You want to be part of a revolution

Sameer Singh, a 26-year-old entrepreneur, spends almost 20 hours of his day trading cryptocurrency. “I am a huge tech enthusiast. Bitcoin is technology based and this is my number one reason to join the virtual currency world. The second reason is my keen interest in Blockchain technology. I have read a lot about it. subject and I firmly believe that this technology has the potential to bring a revolution across the world, ”he said.

Singh thinks everything gets better over time and so should we. “There was a time when taxi drivers were supposed to be less educated, but today look at how they use apps to find passengers. It’s an upgrade. Cryptocurrency is also kind of an upgrade. level in which we move from conventional assets to technology assets, “he says.

But some find it morally repugnant

While there is a group that blindly trusts Bitcoin, there are still many who prefer to stay away from cryptocurrency. Robin Clarence, 34, says he sees cryptocurrency as a game. “I prefer to stay away from trading Bitcoin. First, because I find it unethical. And second, because it is is not yet government approved, nor does Clarence like the commercialization of stocks.

Not everyone likes the lack of guidelines

Cryptocurrency is not regulated in India and this is the main reason why many are reluctant to invest in this platform. Sudhanshu Jha, 37, technical architect at TCS, says he does not invest in cryptocurrencies because there is no genuine information and guidance available from the government on this.

“I know people who have invested in this and have made a profit as well, but a person like me thinks investing in stocks is safer than Bitcoin,” he says.

Sainik Das, a 39-year-old government employee, also cites similar reasons for not looking to invest in Bitcoin or cryptocurrencies. “I might think about it if the government approves it, but for now it’s a big no for me,” he said.

Another interesting reason some stay away from Bitcoin or cryptocurrencies is that there is a perception that only people with black money dabble in it. Siddharth Malkania, an advocate, believes that since cryptocurrency is not regulated by the government, it offers people the option of investing black money.

“I would invest if I had any excess money that I could risk, but at the moment I have no inclination towards cryptocurrency trading. It is my hard earned money that we are talking about and I would rather invest it in a legal, authentic place, “he says.

Here’s what an expert has to say …

Asutosh Mishra, Head of Institutional Equity Research at Ashika Stock Broking, talks cryptocurrency with us. He says crypto is a promising technology but its long-term use in its current form remains questionable.

“There are over 10,000 cryptocurrencies and most of them could become redundant in the future. Only a few would survive. I would suggest investing a very small portion of your savings in crypto to find out about the technology. . Only invest that amount that you can afford to lose and it has no impact on your daily finances, ”he says.

Know your options for paying off student loans – the Famuan