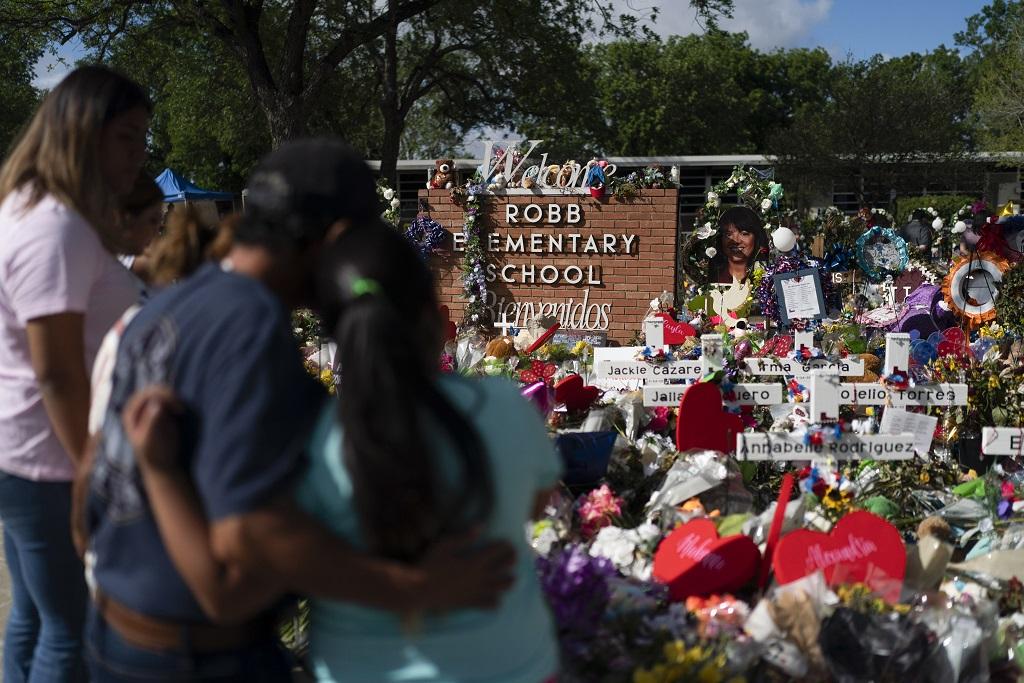 Police in Uvalde, Texas have falsely accused a teacher of failing to properly close a door through which Salvador Ramos entered the school with an assault rifle, killing 19 children and two teachers. In fact, the professor closed the door, but did not realize that it could only be locked from the outside; it also turns out that the classroom door the shooter entered was unlocked.

Yet, as the national spotlight shines on law enforcement, another financial story is unfolding just as nefarious, if not more so. Indeed, if we follow the money, the assault rifle and the door share a common denominator: private banks and their thirst for municipal bonds in Texas – something that state Republicans have used to force banks to maintain credit to gun manufacturers.

Bonds are primarily for education

In its quarterly report on municipal bond issuance in the United States, the Securities Industry and Financial Markets Association (SIFMA) shows that education bonds have overtaken all other categories to become the top type of issuance. Three in ten bonds issued in the municipal bond market are for education, just above the bulky “general purpose” category, and double those issued for transportation, utilities, housing, healthcare health and electricity.

That in itself is stunning. When local governments take out loans, they do so primarily for educational purposes. Conversely, to educate, the United States relies heavily on debt, and more heavily than any other municipal provision.

But there are several other implications. First, it is a big market and investors make big profits by lending to educational institutions, which are then largely untaxed in most jurisdictions. Around the investor, there is a whole business ecosystem: lawyers, consultants, rating agencies, insurance companies and deposit companies that pocket commissions. The most prominent are the private banks that sit between investors and educational institutions, charging very high fees for the service.

Stick to their guns

What does this have to do with the shooting in Uvalde? Here’s how it works. First, Texas has the second-largest municipal bond market in the nation, losing only to California, with $50.2 billion in municipal bond transactions taking place there each year. The Municipal Securities Regulatory Board (MSRB) has a large map indicating the market size of each state. There’s plenty of business to do in Texas, which makes bankers’ mouths water.

We also know that Texas is a gun-crazed state and that its Governor, Greg Abbott, is firmly in the pocket of the gun industry. So, in principle, if banks cared about gun control and preventing school shootings, this particular opportunity wouldn’t tempt them. They were like, ‘We know there’s money to be made with Texas municipal bonds, but we want fewer school shootings, so we’re going to stick to our guns and not do business there. In fact, some banks made such statements after the Parkland school shooting. Bank of America said it would not fund Remington if it continued to produce assault rifles for sale in the mass market. Jamie Dimon, CEO of JPMorgan, liked decry public mass shootings too.

If the banks really carried out a complete boycott of the gun industry, it would matter. Even profitable industries sooner or later need access to bank credit – to pay for a new factory or a big supplier expense, or to hide bad turnover, etc. If gun companies were barred from sources of credit, they would be forced to curtail sales or even cease operations altogether. If there were fewer gun sales, there would certainly be fewer fringe shootings. And in fact, it happened at least to some extent. In 2019, Guns Down America released a scorecard titled Is your bank charged? assess the strength of certain banks with respect to the firearms industry. The best bank on the list is Citi, which got a B. While most of the others got Cs and Fs, it could have been worse, and Citi is one of the biggest banks in the world. If this had been maintained for years, it could have seriously bitten into the gun business.

However, Texas retaliated by passing a law in 2021 that block banks to do business with state and local governments if the bank “discriminates” against the firearms industry. The law favors banks that do business with gun companies – and it worked. Citi, the second-largest issuer of municipal bonds in the United States, is now ninth in Texas and continues to fall. The New York Times recently reported this part of this law requires banks to make official statements stating that they do not discriminate against firearms. Banks had to get on their knees and apologize, kissing the gun industry ring, to get along with the Texas municipal bond market.

First, JPMorgan sent a letter saying they were doing business with gun companies. Then Citi followed suit, issuing a statement that it had “no discriminatory practice, policy, guidance, or directive against any firearms entity or a firearms trade association. The Time makes it clear: “The stakes are high for the big banks. If a bank says it is complying with the law and proves to be against it, it could be subject to criminal prosecution. It could also be shut out of the state’s giant municipal bond market… Texas generated $315 million in fees last year alone for financial companies.

Texas has thus created a truly appalling set of financial incentives. Just a few years ago, the Uvalde School District spent $69,000 on safety upgrades, thanks to a state grant, but no doubt many similar upgrades are being funded. by debt. The same financial industry that makes money on loan deals for school districts also makes money doing deals for the gun industry. They make money lending to school districts to install security upgrades that obviously do little or nothing to prevent mass shootings, then make more money lending to companies that make AR-15s , the weapon of choice for mass murderers of children.

It’s not just the same money, since the banks are the common denominator here, these flows are dependent on each other. If schools didn’t need private credit markets for their facilities, banks might be much more willing to stop funding the gun industry, which after all isn’t very big. Conversely, if school districts like Uvalde had just secured public funding for their facilities, banks could not chase after profits to be made in Texas school bonds. Given the size of the Texas municipal bond market and the proportion of bonds going to education, public credit for public schools could help neutralize this law punishing banks for limiting credit to the construction industry. fire arms. If there weren’t so many bond deals in Texas, Citi wouldn’t abandon its principles and abandon its pursuit of gun control.

If Uvalde hadn’t needed to pay for that gate with private credit, the assault rifle company might not have secured the financing to manufacture and sell the assault rifle to Ramos. But everyone has to be charged in the United States, and the shootings continue.

Farm Credit Watch: Was rural America set up for another farmland bust?