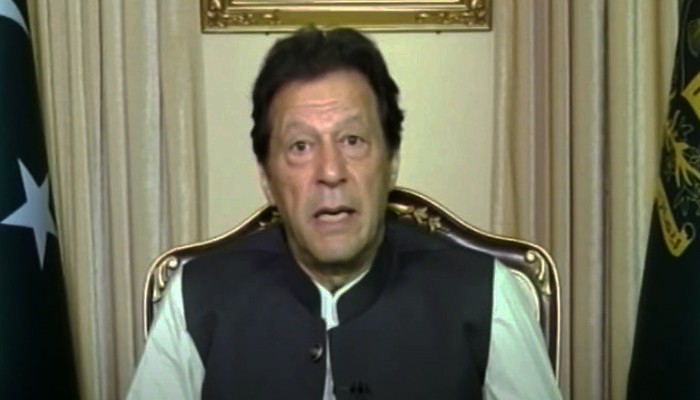 Prime Minister Imran Khan on Tuesday reminded the international community of the critical need for developing countries to receive debt relief amid the ongoing coronavirus pandemic that has hit developing economies hard.

In particular, he called on the G20 countries to extend the Debt Service Suspension Initiative (DSSI) for one year.

“The forbearance request under this initiative should not affect the country’s credit rating. This is due to force majeure, not mismanagement,” said the prime minister, addressing at the High Level Summit on Financing for Development on the sidelines of the United Nations General Conference. Assembly.

“We must break the straitjacket of poverty and inequality,” said the Prime Minister.

The Prime Minister, speaking about Pakistan’s fight against the virus, said that despite the country’s financial constraints “we have injected more than $ 8 billion, [nearly] 3% of our GDP to protect our poor and keep the economy running “.

“Debt relief is one of the fastest ways to create fiscal space for developing countries. Therefore, in April, I called for a global initiative on debt relief,” said the Prime Minister.

He said that Pakistan subsequently initiated discussions on this issue at the United Nations and co-led the discussion group on debt vulnerability.

“I welcome the wide menu of options from each of the six focus groups. We need to prioritize actions that can have a significant impact and can be implemented quickly,” the Prime Minister said.

He also called for other brief measures that could cover both public and private creditors, including:

The Prime Minister said that investing in “sustainable infrastructure will be the key to economic recovery and the achievement of the SDGs”.

He recommended the creation of a United Nations infrastructure investment facility “to mobilize an additional 1.5 trillion dollars per year for developing countries.”

The prime minister, citing the findings of the International Monetary Fund (IMF), said developing countries would need “an additional $ 2.5 billion to recover from the COVID-induced contraction.”

Prime Minister Imran Khan, before concluding, stressed that recovery from recession in a post-pandemic world “must be inclusive and fair”.