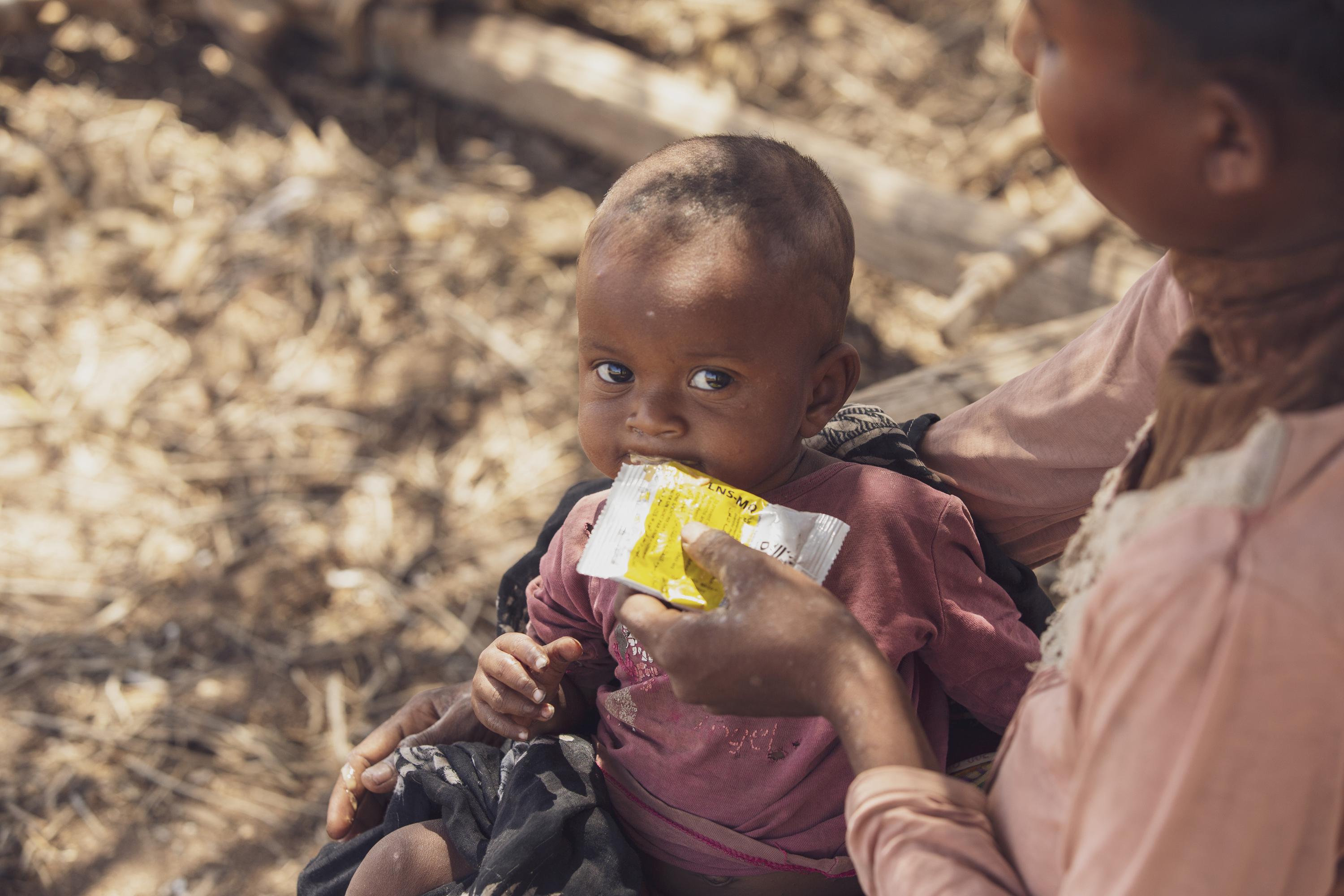 About 700,000 people are already receiving food aid and more emergency aid is needed, according to WFP, which works with the Malagasy government and other humanitarian agencies.

â€œHarvests are constantly failing, so people have nothing to harvest and nothing to replenish their food stocks,â€ said Alice Rahmoun, WFP communications officer in Madagascar.

More than 90% of the population of the â€œGreat Southâ€ region of Madagascar live below the poverty line, which makes families extremely vulnerable, according to Amnesty International.

“All aid agencies are working together to try to prevent this crisis from turning into famine,” Jean-BenoÃ®t Manhes, deputy representative of UNICEF in Madagascar, told The Associated Press.

“But we are seeing a deterioration which requires increased resources,” he said. â€œTo give you an idea, in July and August, 14,000 children were treated for severe acute malnutrition. This is usually the number that we process in an entire year.

The four consecutive years of drought have wiped out crops and depleted the food reserves of farming communities in Madagascar’s â€œDeep Southâ€, he said.

Southern Madagascar is used to the dry seasons, usually May through October, known as kere in the Malagasy language, when the fields are dry and food is lacking, but this year is much worse, according to local farmers.

The soil is so hard that it is difficult to plant crops of corn, rice and cassava that traditionally start in November.

“It is impossible to cultivate here at the moment,” said Nathier Ramanavotse, 68, mayor of Maroalomainty, in the far south of Madagascar.

â€œIt rained a little last week but it is not enough to cultivate. We used to grow a lot of corn here, but for four years the crops failed. It’s getting worse and worse, “he said.

â€œThere is no other work to be done here to make money,â€ Ramanavotse said. â€œWe are in a lot of painâ€¦ many of us have eaten our seeds because it is the only thing left to eat at home. It is an unbearable temptation when you are hungry.

Recently, the region has been plagued by intense sand winds, called “tiomena” in Malagasy which means red winds. Sandstorms have engulfed and ruined the first crops that were planted, farmers say.

â€œAll the trees have been cut in the area and there is nothing left to hold back the wind,â€ Ramanavotse said. In the landlocked part of the country, many farmers have turned to tree cutting and charcoal mining for survival, he said.

Desperate, many families have turned to last resort strategies to survive, residents say.

â€œWhen we run out of money, we eat cactus leaves or tubers,â€ said Liafara, who has only one name. â€œIn this kere, we eat things that we don’t even know the name of. To get water, you have to dig in the Mandrare River which is very dry at the moment and it takes a lot of work.

The mother of five, Liafara, 37, said it was difficult to spread their food to feed her family.

â€œIf we have a little money, we buy rice to eat in the evening. We cook it with lots of water to share it with all of us, â€she said. â€œBut often at night we can’t sleep. We just roll around in bed because we’re hungry.

The family lives in Amboasary-Atsimo, the epicenter of extreme food shortages where 14,000 people are in catastrophic conditions, according to the latest statistics from the World Food Program’s integrated phase classification.

â€œMy children, like all those in the village, are very weak. For the moment, they no longer go to school because they cannot concentrate due to hunger. We sell what we have at home to eat. We have no more furniture. We even sold the door to our house to make money, â€she said.

â€œLast week, when the rain fell a bit, I sold my plates so that I could buy seeds,â€ she says. “Goats and zebus (cows), we sold them a long time ago.”

The Portuguese charity Brotherhood Without Borders has set up 14 nutrition centers in the Androy region to feed and provide emergency care to malnourished children.

“The situation is not improving at all,” said Felly Zihal, the group’s program coordinator in southern Madagascar. â€œThere are cases of children who have hardly any flesh left. There is only the skeleton and the skin.