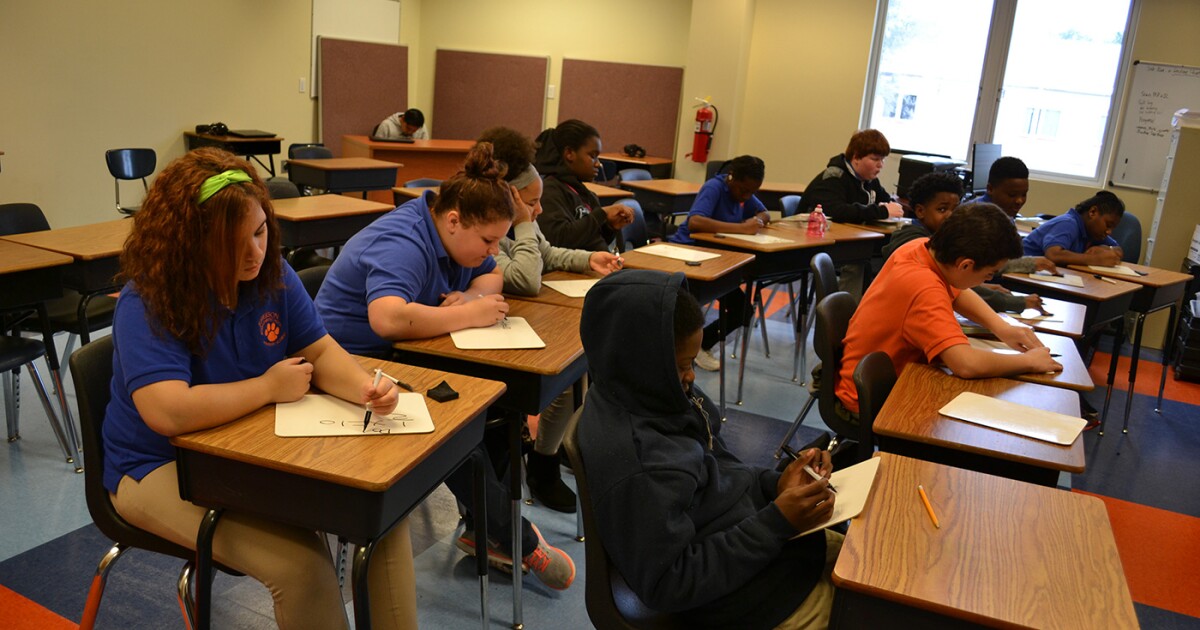 Orenthya Sloan transferred his two children to Leon County Schools in 2013 due to the dysfunction he describes in the Jefferson County School District. He says he kept them at Leon because he didn’t like the oversight of the Somerset Academy charter school operator. Now he is considering sending his children back to Jefferson, after the Florida Department of Education recently decided to return control of its schools to the district.

“Nobody wants to come to a place where they have to put their child in a failing school. And that’s part of the reason those of us who were able to take our kids took them because we’ve lost faith in the district,” Sloan told members of the Jefferson School Board during a recent district transition plan meeting.

“I think everything we hear, we have a chance to be great again.”

The Jefferson County School District has submitted a plan to the state to regain control of its public schools. The move comes after the Florida Department of Education agreed earlier this month to return control to the district. But that deal came with several strings attached, including giving Jefferson a school year to raise the district’s grade from F to C.

The district’s successful transition could largely depend on a bill making its way through the legislature that could dramatically change how the state grades schools. Republican Sen. Manny Diaz’s proposal would end up scrapping most state exams, replacing them with a digital system known as progress tracking. The result: If the bill passes, the state must set what is called a baseline year, which includes a one-year transition where school districts would not be penalized for poor performance. This buys Jefferson time.

Education Department Deputy Chancellor Paul Burns told members of the Jefferson School Board that if the bill does not pass, grades would be issued as usual.

“So I can’t speculate what will happen with this progress monitoring and evaluation bill. It is the proposed bill that goes through the legislative process. But students will take the new assessment at the end of the 2023 school year,” he said.

Jefferson’s transition plan also hinges on the ability to retain most of the additional funding Somerset receives as well as additional federal funds.

When the DOE stripped Jefferson of its ability to run its own schools several years ago, the district was already under state financial scrutiny. Today its solvent, said the new principal of the Jefferson school, Jackie Pons. He wants the state to consider allowing Jefferson to keep federal money he planned to use to hire a new charter school operator.

“We also respectfully request that FLDOE not enter into any educational contracts for us that the board has not approved and which have financial implications because this board has worked so hard to evade financial oversight,” said Pons.

“I need a human resources manager, I need a finance manager, I need an operations manager,” she said. Jefferson had to get rid of the majority of its district staff in the years before it lost control of its schools.

When the state stripped the Jefferson School District of control of its schools, it came after more than a decade of student failure and poor performance and budget issues. Only about 770 students remained, and the district was forced to close its dilapidated elementary school and move everyone to another facility, creating a K-8 school and high school under one roof.

The state hired a charter school operator to manage the district under a deal that expired this year. And it gave that operator, Somerset Academy, tens of millions more dollars to raise teachers’ salaries and make improvements. The funding came from a program called “Schools of Hope” that the Legislature created with the idea of ​​recruiting charter schools to go to areas where there is an underperforming public school. When Somerset took over Jefferson, the district had a D grade. Today, it’s an F. And despite some early optimism and signs of improvement, problems at Jefferson persist. Still, the end of the charter district experiment in Jefferson did not cloud Diaz’s view of the potential for charter schools in underperforming areas.

“When you bring in, whether it’s a supplier, a charter operator, whatever it is from the outside, there’s been resistance from the community because, you know, there’s a new group coming in from You have your school board, you have your superintendent.

Diaz says he hopes that, whether it’s a combined effort with the district or another private operator, students get a solution that helps them succeed. Jefferson officials say they are ready to prove they can do better on their own.

Explanation: What is Reverse Repo Normalization?