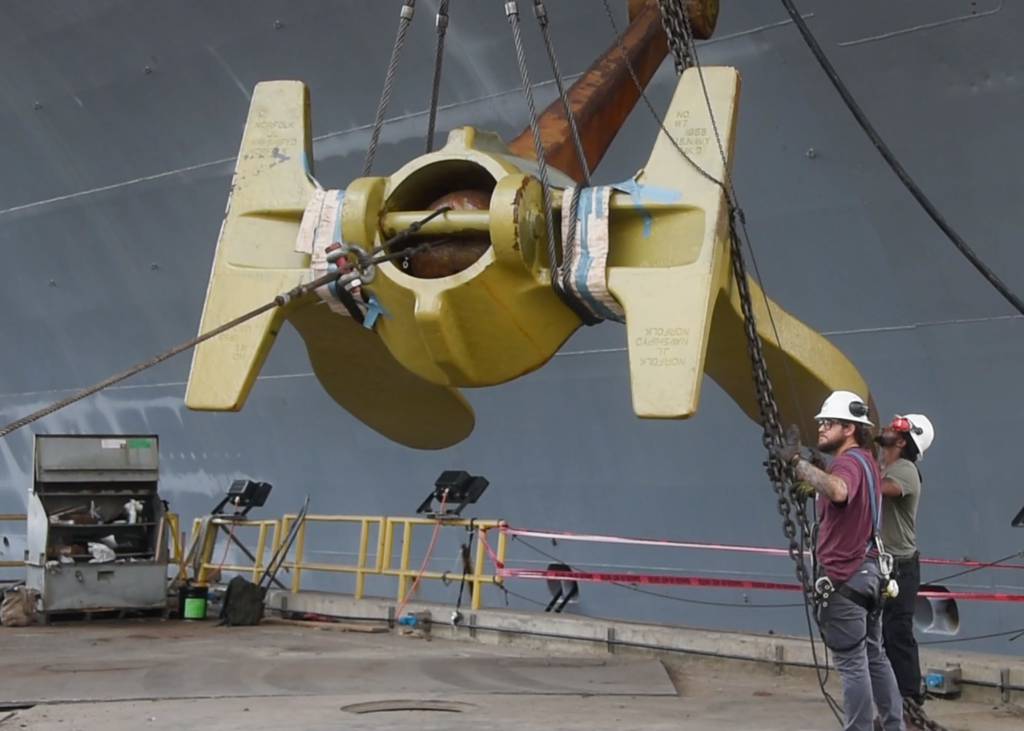 Industry expected to ‘deliver what it promised’ despite budget challenges

WASHINGTON — The U.S. Navy wants to help industry meet economic challenges, but plans to hold it accountable on cost and schedule, the service’s undersecretary said.

Erik Raven also said on Wednesday that high inflation rates were affecting spending plans for fiscal year 2023, which begins Oct. 1, and could affect years to come.

“If you even look at the FY23 budget, there’s [are] the numbers in there for the cost to complete; it basically means that Congress gave us a certain amount of money to buy ships, and for various reasons, whether it’s the supply chain, whether it’s just the vicissitudes of the world, the cost has increased,” said Raven told Defense News. Conference. “And so we’re starting to see cost-to-completion impacts creeping into not just 23-year-old budgets, but years into the future as well.”

Raven said labor was the most constraining factor to the defense industrial base, and the Navy wanted to partner with industry and steer Americans toward careers in defense manufacturing.

He added, however, that entrepreneurs must take responsibility for managing their own supply chains – another challenge in today’s economy.

“We need the industry to deliver on its promises and we need to hold it accountable. But we also need to work with the industry to understand the stressors on it. Manpower is a concern across the defense industrial base. The ability to manage supply chains is an issue that affects the entire defense industrial base. At the Navy, we stand ready to be partners with industry to help address some of these issues, but we also need to be held accountable,” the Under Secretary said.

Raven, who was sworn in in April, said Navy leaders are trying to better understand the challenges of the industrial base across the board, rather than focusing on those of ship classes or weapons programs. With many common vendors across multiple programs, he said it was important for program managers and leaders to seek holistic solutions.

Raven added that with Secretary of the Navy Carlos Del Toro, he is launching an industry engagement effort to understand the service’s challenges and authorities to help resolve them as the budget request approaches for exercise 24.

Raven made it clear that the Navy was trying to do a better job of sending the right signals of demand to industry and to its own bioship repair yards. Overall, he said, the 30-year shipbuilding plan released this spring did a good job of outlining the Navy’s procurement plans over the next five years and offering ideas for what it might look like. longer-term efforts based on various factors related to the fiscal and security environment.

But when it comes to ship repair, he said, “sometimes we can point the finger at the industry and say, ‘We have a contract with you and we need you to fulfill it,’ and hold them accountable for some of the delays in maintaining ships. And other times we need to focus the attention on ourselves. And one of the ways we can improve – and the Navy has really embraced this over the past year – is to better understand the requirements for ship maintenance periods.

“We need to be able to have contracts in place well before the ship comes into dock, with a good understanding of what needs to be accomplished during a particular maintenance window. And that helps us define both the financial need and the cost of a particular availability; [and] align the industry to be able to support this, [or] if it is our public shipyards, we ensure that we have the capacity to execute these availabilities in an efficient manner. So that’s an area where we need to be better at, and part of that is looking at ourselves and part of working with the industry,” Raven continued.

Looking ahead to Exercise 24, Raven said similar priorities would continue for a year or two: focus on near-term readiness, then add lethality to the fleet through modernization and new weapons. , then add capacity where financially possible.

He mentioned several important but expensive new programs that are expected to start over the next decade – the DDG(X) destroyer, the SSN(X) attack submarine and the Next Generation Air Dominance family of fighter systems – and he acknowledged that the Navy was taking a hard look at his needs and what he could afford.

“With the National Defense Strategy released earlier this year, we are examining how our Navy programs support [Defense Secretary Lloyd] Austin’s plans for how our joint force should support our nation in future conflicts,” Raven said, referring to March 28, when a classified version of the strategy was provided to Congress and a fact sheet. unclassified information to the public.

“And so we’re also making these deep dives into all of these future programs that I mentioned earlier, and we’re in the process of making some tough choices. We have to do all of this within budget constraints.

Megan Eckstein is a naval warfare reporter at Defense News. She has covered military news since 2009, with a focus on US Navy and Marine Corps operations, acquisition programs and budgets. She has reported on four geographic fleets and is happiest when recording stories from a ship. Megan is an alumnus of the University of Maryland.