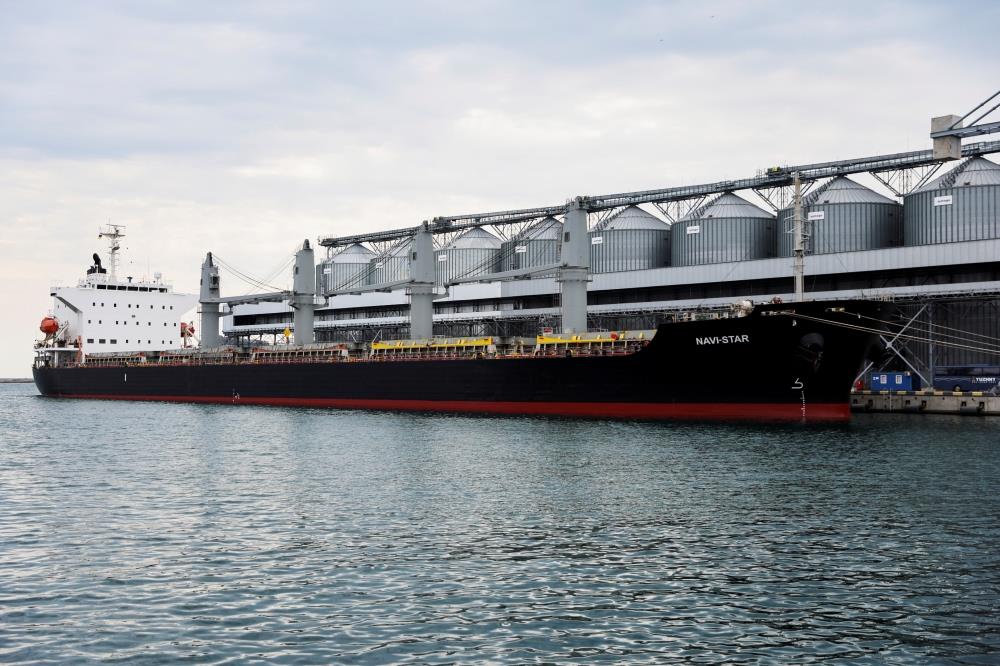 Flour moored in Lebanon was not stolen from Ukraine, source at I…

BEIRUT: An official of a grain trading company based in Turkey denied on Friday that barley and flour aboard a ship docked in a Lebanese port had been stolen from Ukraine, saying the source flour was Russia.

The head of Loyal Agro Co LTD, who declined to be identified, told Reuters the company sought to import 5,000 tons of flour on the ship in Lebanon to sell to private buyers, not the Lebanese government .

The Ukrainian embassy in Beirut said the US-sanctioned Syrian vessel Laodicea had docked in the port of Tripoli in northern Lebanon, “carrying 5,000 tons of barley and 5,000 tons of flour that we suspect was taken from Ukrainian stores”.

In a statement to Reuters on Friday, the Ukrainian embassy said a Ukrainian judge issued a decision to seize the ship and cargo after an investigation.

He added that in case of confiscation of the ship’s cargo, Ukraine is ready to negotiate with Beirut the terms of its transfer to Lebanon.

The statement did not specify how the decision would be implemented.

The Russian embassy said it had “no information regarding the Syrian ship or any cargo brought to Lebanon by a private company”.

Lebanese Foreign Minister Abdallah Bou Habib said he received “a number of protests and warnings” from Western countries after the ship arrived at the port of Tripoli, according to a tweet from the ministry account.

The company official said the cargo had not been unloaded and Lebanese customs had not yet granted an import license as customs were investigating Ukrainian claims that the flour had was stolen by Russia from Ukraine after Moscow invaded the country.

The official said the company had provided Lebanese customs with documents showing that the source of the shipment was legitimate. They declined to provide the documents to Reuters.

A customs official and a maritime source told Reuters on Thursday that the port of Tripoli had not unloaded the vessel due to suspicions that it was carrying stolen goods.

Lebanese customs could not be reached for comment on Friday.

The company official said the cargo, some 8,000 tons of flour and 1,700 tons of barley in total, was originally destined for Syria, but the company decided to unload 5,000 tons of flour in Lebanon in a context of bread shortage linked to a three-year economic crisis. . The remaining cargo was to be unloaded at a Syrian port, they said.

Lebanese bakeries have been inundated this week by frustrated crowds in a country where around half the population is food insecure, according to the World Food Programme.

Lebanon imported most of its wheat from Ukraine, but these shipments were interrupted by the Russian invasion and blockade of major Black Sea ports through which Ukraine once exported.

Ukraine resumed legal wheat exports to Lebanon in mid-July, according to the Ukrainian embassy and the head of the Lebanese mills association.


Legal disclaimer: MENAFN provides the information “as is” without warranty of any kind. We assume no responsibility for the accuracy, content, images, videos, licensing, completeness, legality or reliability of any information in this article. If you have any complaints or copyright issues related to this article, please contact the provider above.

Same serious problems, new leader: can Argentina solve the riddle of the economy?