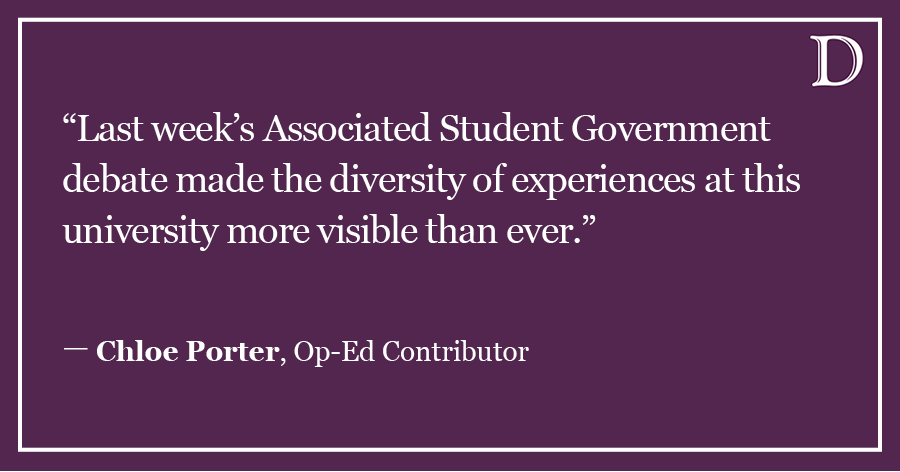 One of my earliest memories of living at Northwestern is of Halloween 2020. I wasn’t on campus at that point – until September 2021, I had never set foot in the town of Evanston. However, my Instagram timeline this Saturday night gave me a glimpse of what my life on campus would be like.

Stories from the black and brown upper classes revealed student protests against police brutality peppered with tear gas and brutal physical violence. Meanwhile, posts from my white classmates recapped the Halloween costumes and drinking games being held in apartments a few blocks from the protests. My own guilt for not being able to support student protests was quickly overshadowed by anger at students who, despite their full presence, chose not to get involved.

Contrary to what Wildcat Welcome might lead incoming students to believe, there is no singular unifying NU experience. Diversity of class, race, gender, sexuality, and more creates differences in how one chooses to navigate college. For me and the thousands of students whose identities saliently shape our outlook, these differences have never been a secret. However, last week’s debate over Associated Student Government has made the diversity of experiences at this university more visible than ever.

Last Tuesday, The Daily and Northwestern News Network co-hosted a debate for the president and vice president of the Associated Student Government. I took to Instagram to watch the debate with the hope that I would vote for Jason Hegelmeyer and Donovan Cusick. Their campaign began releasing its platform on April 11 with four campaign pillars centered on marginalized students, COVID-19, campus life, and the university’s upcoming presidential transition. Hegelmeyer and Cusick have successfully earned endorsements from several student organizations, including For Members Only, Black Mentorship Program, and Alianza.

the opponents of Hegelmeyer and Cusick, David Grow and Camila Vicens, released a platform focused on improving mental health services, night carpooling and campus safety, promoting accountability and fixing campus Wi-Fi. Although their campaign pillars are shorter than those of Hegelmeyer and Cusick, Grow and Vicens have addressed many of the “big issues” that are important to every NU student.

Although I voted for Hegelmeyer and Cusick, I can agree that Grow and Vicens’ platform makes sense. I couldn’t lie about it if I wanted to; several students have seen and heard me complain about Safe Ride’s Wi-Fi and long wait times before. However, that’s the beauty of Grow and Vicens’ campaign: all of their campaign promises are rooted in ideas no one likes. Almost all students, regardless of identity, use Wi-Fi, think about their own mental health, and value responsibility. This is a campaign strategy that, if executed correctly, could have made their campaign difficult to attack.

During the debate, however, Grow and Vicens made comments that weakened the foundations of their policy platform and opened it up to scrutiny. Vicens has often said his campaign is tackling the “big issues.” At first, this comment made me laugh. As a black woman who receives financial aid and is employed by the university, Wi-Fi is something that I think about, but it is certainly not one of my biggest concerns.

However, imagine a scenario where, in a terrible turn of events, my race and financial aid status were transformed – if I was a white, cisgender, heterosexual student paying my tuition and room and board from my pocket, what would my biggest problems be? Hegelmeyer’s job as an FMO senator would have no impact on me; Cusick’s commitment to low-income first-generation college students would no longer make sense.

If my identity were completely different, the issues I face on the NU campus would be too. This put the Grow and Vicens campaign into perspective: for students who are connected to activist spaces, affinity groups and FGLI student programs, Hegelmeyer and Cusick’s campaign addresses the big issues, but, for everyone else, Wi-Fi and Safe Ride are the big questions. For some students, generic University-wide problems are the only problems they face.

As I shared on Twitter, Tuesday’s debates only confirmed my decision to vote for Hegelmeyer and Cusick. I wish the Grow and Vicens campaign team – and the two candidates themselves – the best. However, I can’t argue that their campaign didn’t reveal what black and brown students have always known.

There is no single “NU experience”. There is just a purple-tipped iceberg hiding a plethora of issues for Black, Brown, APIDA, LGBTQ+, and international students below the surface.

Why companies are passing their rising costs onto consumers