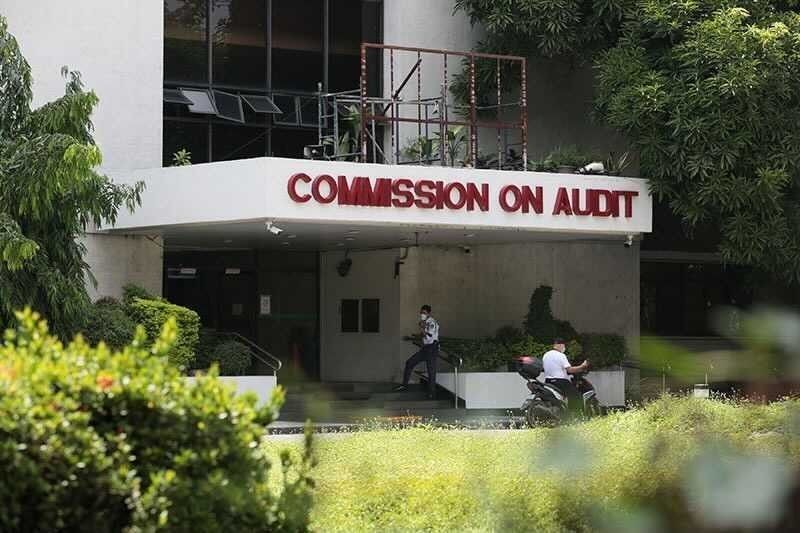 By Martin A. Truong On Dec 25, 2021
Share
Elizabeth Marcelo – The Filipino Star

MANILA, Philippines – The Commission on Auditing (COA) has called the Philippine International Trading Corp. (PITC) and seven other state-owned enterprises over 13.17 billion pesos of unused or unused funds intended for the implementation of programs and projects of various government agencies.

In its 2020 Annual Financial Report on Crown Corporations, the COA said that the PITC and the other seven government owned and controlled corporations (GOCCs) had not fully liquidated funds received and returned unused balances or unused at source agencies, even after several years.

“Funds received for the implementation of a project or program have been: (1) unused or have remained unused; (2) unspent / unused balances have not been returned to source agencies for several years, ”says the COA report.

The audit body said that the use of funds was also not “comprehensively validated and monitored, posing a risk and / or delaying the achievement of the objective (s) for which the funds were granted. “.

The audit body said that the failure of the relevant GOCCs to properly account for and return unused funds to the originating agencies violated COA Circular No.94-013 of December 31, 1994, which instructs the agency to execution of submitting the report to the home agency. checks issued and disbursement report within 10 days of the end of each month or after the end of the agreed period for the project.

The same circular also mandates the executing agencies to “return to the source agency any unused balance at the end of the project”.

The COA also cited the Government Accounting Manual as well as the annual General Appropriations Act which requires regular accounting and clearance of public funds and return of unused amounts to source agencies or the Treasury Office.

“Coordinate with the source agency for the proper disposal of the unused portion in accordance with the provisions of the MOA (Memorandum of Understanding) between and among the parties,” the COA told the relevant GOCCs.

“Return the unspent / unused balance to the source agency upon completion of the project in accordance with the provisions of the MoU between and among the parties,” he added.

The audit body also reminded reported GOCCs to “end the practice of using unspent balances from completed projects for other purposes, unless authorized by law”.

The PITC with 11.022 billion pesos, followed by the National Administration of Electrification with 1.559 billion pesos, was identified as having the largest volume of unused, unused and unreimbursed funds at the end of 2020.

Senatorial Minority Leader Franklin Drilon said an estimated 1.440 billion pesos of funds earmarked for the Duterte administration’s dormant projects would be put to good use for the relief and rehabilitation of communities devastated by Typhoon Odette as well. as for livelihood programs for people displaced by the pandemic.

Drilon commented on the COA’s 2020 annual financial report which identified “the infrastructure projects implemented by 17 agencies and 12 SUCs (universities and state colleges) amounting respectively to 1,440 billion pesos and 1.1 billion pesos. pesos, were not executed in accordance with the plan with noted shortcomings, not completed on time, not completed at all, which may result in waste of public funds or delay in enjoying the benefits of the project.

He said funds should be recalled and reallocated to help victims of Typhoon Odette and ensure the immediate recovery and rehabilitation of various parts of the country damaged by the typhoon.

“We have funds of 1.44 trillion pesos for various infrastructure somewhere as thousands of families have no shelter or food this Christmas. We have these gigantic funds for projects that have been at a standstill for years as the government says it is cutting funds to provide immediate assistance to cities, municipalities and provinces affected by the typhoon, ”Drilon said.

He assaulted the government and accused it of criminal negligence in what the COA reported as delayed, abandoned and inactive infrastructure projects amounting to 1,440 billion pesos, describing it as “the worst waste of taxpayer money in history ”.

“This is sheer delinquency and criminal negligence. What a total waste of public funds, ”he said.

He recalled that during the plenary debates on the 2022 national budget, it was recorded that the outstanding debt of the national government could rise to 11.7 trillion pesos by the end of 2021. -Paul Romero

Are Parent PLUS Loans Eligible for Public Service Loan Forgiveness?

10 strategies to make money with cryptocurrency in 2022