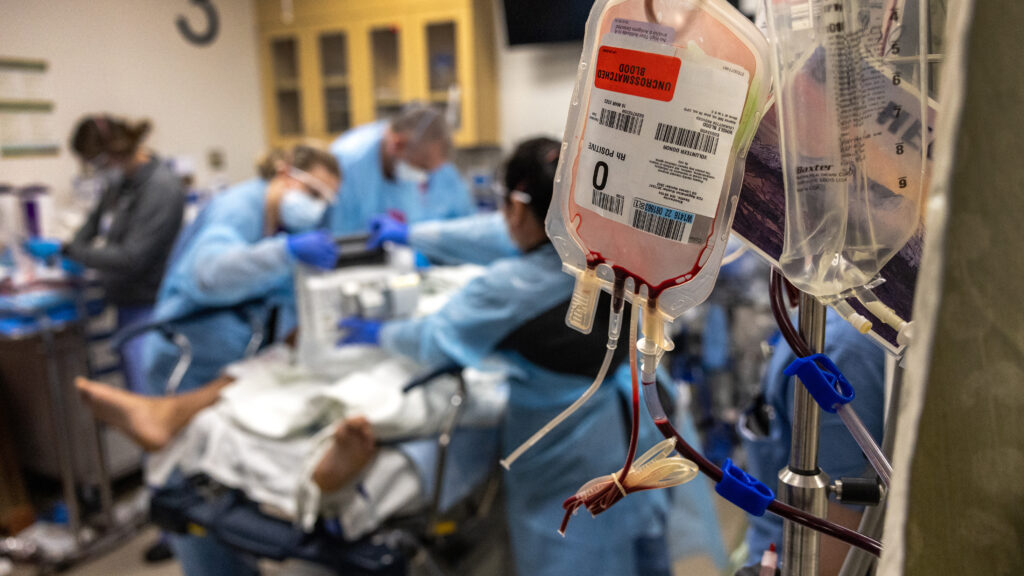 SSix years ago, a group of experts made a strong suggestion to the White House: establish a national system of care for patients suffering from traumatic injuries, which lead to approximately 30,000 deaths each year. “In the civilian sector, where injury is the leading cause of death among Americans under age 46, up to 1 in 5 trauma deaths can be prevented with optimal trauma care,” the authors wrote.

A national system has yet to emerge, but new research published in the Journal of the American Medical Association found that access to trauma care improved in the 2010s. The study mapped the distance between each census block and the nearest trauma center, taking into account air and ground transportation. Researchers found that 91% of people in the United States could get to a trauma center within 60 minutes by air or land, up from 78% in 2013.

“We shouldn’t applaud this,” said Brian Daley, chief of the division of trauma at the University of Tennessee Medical Center, who was not involved in the new research. “It must be said that we are still missing 10%.”

Trauma centers differ from regular hospitals – they must meet certain standards of care and have specific staff available around the clock. “It’s often the difference between surviving a trauma and surviving it well and not having one. long-term effects, and not survive or have permanent problems with it,” said Elizabeth Benjamin, medical director of trauma at Grady Memorial Hospital.

The study, which looked at trauma centers audited by the American College of Surgeons, found that access differed by region. Native Americans faced the lowest access to trauma care at 70%, as well as the smallest improvement in access among any group. The share of people living near a trauma center was also lower in rural states like Wyoming, Montana and South Dakota, and in the South, where it fell below 50%. “Most Southerners still have periods where it takes over an hour to get to a trauma center,” Daley said. “And you would think that in the 21st century, even with helicopter access and incredible ground transportation, that wouldn’t be a problem. But it is.”

The study authors and other experts said the study underestimates access to trauma care, however, because some states have their own center accreditation programs, particularly Washington and Pennsylvania.

Several factors have led to improved access, including an increased focus on national verification in states like Tennessee and Georgia. Georgia has specifically encouraged trauma centers in areas that currently need them, according to Regina Medeiros, director of the trauma program at the Medical College of Georgia. “Within our state, this was a conscious effort to be able to increase numbers appropriately to ensure access for all citizens,” said Medeiros, who is also part of the Georgia Trauma Care Network. Commission.

Even when states already have their own programs for designating a trauma center, the field still views state-level verification as an added level of assurance.

“We’ve seen state-designated but not nationally verified trauma centers,” said Oscar Guillamondegui, division chief of trauma at Vanderbilt University Medical Center. “And as they move on to verification, you can actually see their results improve.” At Vanderbilt, which earned National Trauma Center certification for adult care in 2011, that means he now has deeper expertise he can call on in an emergency.

“This verification process is not just for the trauma surgeon. It’s about the orthopedist. It’s about the neurosurgeon. This is the emergency medicine team helping. These are the physiotherapists who will help to manage. It’s about the anesthetist,” said Guillamondegui, who was not associated with the study. “All of those aspects come into play and that’s what makes this improvement in results grow.”

He also pointed to another, more intangible shift that has changed the face of the field – the general growth in awareness of trauma care as a specialty. After the Affordable Care Act passed, he said, the focus shifted more to the ground. Hospitals have begun to send patients requiring this level of care out of local emergency rooms and into dedicated trauma centers. The medical education system also began to produce more and more specialists to treat these patients. “When the tide rises, all the boats rise evenly. And I think that’s what you see as an effect of this process,” Guillamondegui said.

Some experts have also said there has been a growth in new trauma centers, especially for profit. “For-profit hospitals realize they can make a profit,” Daley said. “In many of these places that have expanded Medicaid, reimbursement has improved, and so there were additional resources to invest in things like trauma. So I think overall the financial situation has improved for people to take care of trauma patients.

Jeff Choi, a Stanford surgical resident and co-first author of the new study, said he and his colleagues became interested in the topic after reading a paper last year suggesting a for-profit hospital system was opening up. new trauma centers to generate profits. rather than improving patient care.

Spain also said it was concerned that lower-level trauma centers opened by for-profit operators could drive patients away from level 1 trauma centers that provide better quality care. In Florida, where access increased nearly 60% between 2013 and 2019, all Tier 1 centers audited during this time were operated by nonprofit systems, while all newly accredited were operated by a for-profit company. “There was data coming out of Florida that kind of implied that a lot of new trauma centers were being placed, maybe not in high-needs areas, but in areas where it was a good business venture. “Spain said. “You can reduce the number of patients who actually come to the level 1 trauma center, they all go to these level 2s in the suburbs.”

Choi said the study authors are taking a closer look at trauma center audits and financial incentives in a follow-up analysis. In the meantime, experts hope for more support from the federal government, including the National Trauma Network proposed in 2016.

“This work has been done primarily by states and by organizations outside of the federal government,” said Daley, chair of the Tennessee Committee on Trauma. “For many years our trauma organizations have fought for a unified national system with the help of the government. And there’s no fancy trauma tape. There is no National Trauma Month, or anything like that.

For Guillamondegui, the progress seen so far in improving access to care—and the value of continuing to improve access—reflects the nature of trauma medicine.