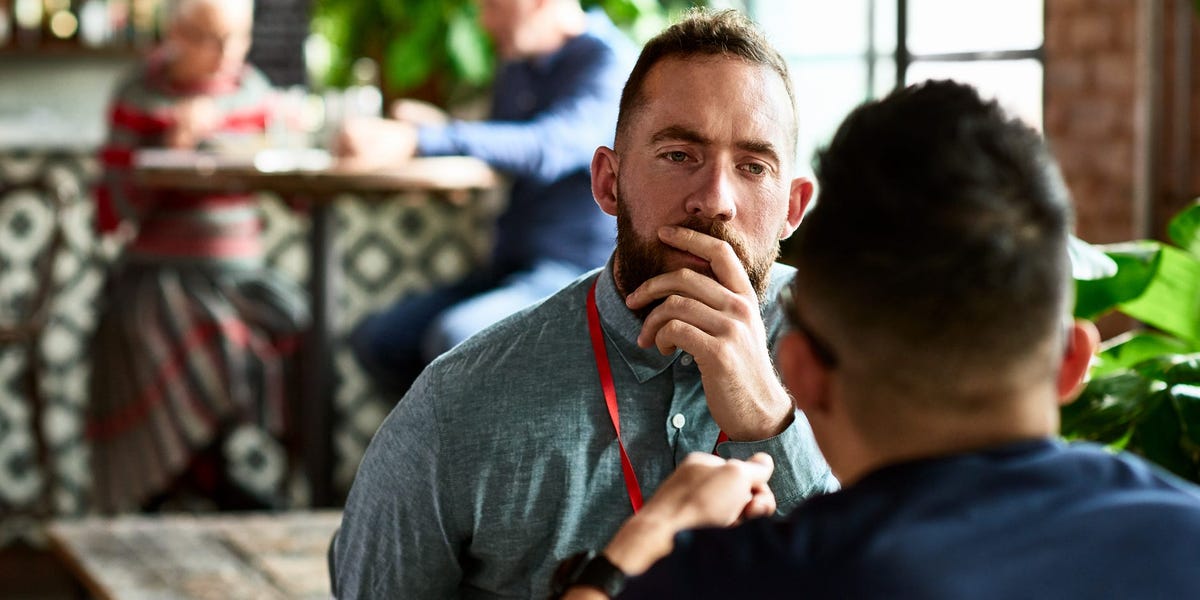 Insider’s experts choose the best products and services to help you make informed decisions with your money (here’s how). In some cases, we receive a commission from our partners, however, our opinions are our own. Terms apply to offers listed on this page.

In the fall of 1993, shortly before my 14th birthday, I went with my dad to see “A Bronx Tale” at the multiplex near our house. A scene that leaves an impression takes place when the protagonist, Calogero, spots a guy named Louie who owes him $20. Across the street, Calogero yells at Louie to pay, hurling threats and obscenities as Louie returns an apology and flees.

Calogero’s mafia mentor, Sonny, sees this confrontation unfold and intervenes. “Is he a good friend of yours?” Sonny asks.

Sonny replies with a bit of pricing advice that has stuck with me ever since. “Look at it that way,” he replies. “It cost you $20 to get rid of him. He will never bother you again. He will never ask you for money again. He’s out of your life for $20.

Sonny’s lesson was eye-opening. More than just a strategy to cut unwanted links, it taught me that being beholden or in debt is about more than payments and balances.

Lending and borrowing money has social, ethical, legal, and other ramifications that go along with financial ramifications, and ignoring any of them can create problems. That’s why, when someone asks me for a loan (or when I sometimes need to apply for one myself), I try to see the big picture. Here are the factors I consider.

Do I care about being reimbursed?

I often prefer to give rather than lend, especially for small amounts. If a friend forgets his wallet when we go out to lunch, I’d rather make it my pleasure than lend him his share of the bill hoping for a refund. I think kindness like this tends to balance each other out, but even if it doesn’t, I’d rather spread a little goodwill than follow through whenever someone owes me a few bucks.

This approach works for most of my day-to-day dealings with friends and family, but I try to keep in mind that not everyone shares my point of view. I know people who stubbornly insist on paying back even the smallest amount, so while I may not care if I’ll be reimbursed, they do. If paying me back is so important to someone, I’m not complaining; I’m not going to impose my hospitality on them.

Can I afford to lend money?

Of course, I can’t lend money that I don’t have, but just because I have money doesn’t mean I can (or should) lend it.

Years ago, a friend asked to borrow $4,000 as a bridge loan for her business. I was confident in his intention and ability to pay me back quickly, but at the time that amount comprised most of my cash. I would have been in a difficult situation if I had suddenly needed money, like if I had lost my job or had to replace my car. As much as I wanted to help, and even though the loan was short-term, I didn’t think exposing myself to that risk was prudent.

This experience helped me articulate a fundamental rule for myself: If lending someone money can jeopardize my own finances, I don’t.

If I’m expecting a refund, how likely am I to get it?

I’m not a bank, so I don’t review personal loan applications like an underwriter would a mortgage application. But I’m also not a charity, so when I lend money, I have to at least consider the risk of default.

Unlike financial institutions, I value social credit more than quantifiable criteria like assets and repayment history. Social pressure can be just as convincing as a written contract, which makes me much more confident about the possibility of being reimbursed by the people around me. I will lend money to my closest friends and family without a second thought, but this circle also extends to a wider community.

Case in point: I once covered a few hundred dollars of expenses for an acquaintance on a road trip, on the understanding that he would reimburse me when we got home. Collecting this debt proved to be a challenge, but in the end, staying on good terms with me and our mutual friends was worth more to him than the money. Otherwise, I doubt I would ever have seen a penny of what was owed to me.

What if I don’t get a refund ?

A common refrain about loans is that you shouldn’t let someone borrow more than you’re willing to lose. I agree with that sentiment, but my concerns about the loss aren’t just monetary. Unpaid debt can be a source of friction, even in strong relationships, and I would hate to have my financial support cause tension, resentment, or alienation from someone I care about.

A close friend of mine recently had to pay a large medical bill out of pocket and had no cash to cover the full amount. He was a bit embarrassed to approach his family for help, so he asked if I would lend him the remaining balance instead. Again, I knew he intended to pay me back, but I wondered what if he couldn’t? Would I feel good suspending or canceling the debt for the sake of our friendship? I decided I would, and even though the refund never became an issue, I was glad I thought about it.

This experience helped me formulate another rule for myself by adapting the refrain above: Don’t let someone borrow so much that I might lose. their above.

How will the money be used?

Money is a tool, and I want to use the money I have to create a lasting good, so apart from the impact of the loan on my finances and my relationship with the borrower, I am aware of the wider consequences . I’m happy to offer someone a loan to start a new business or help with an emergency, but I’m reluctant to offer funds that will be spent lightly or allow bad behavior.

A parent with notoriously poor money management skills once applied for a loan to pay off high-interest credit card debt. While I fully supported the idea, paying off the debt with my money seemed like a treatment for the symptom rather than the disease, so to speak. Given his history of overspending, I feared he would continue to go into debt and go back to square one. Loaning him money didn’t seem like the best way to help him.

Instead, I offered to advise him towards a more permanent solution. I helped him transfer his balance to a credit card with 0% APR (to give him some breathing room) and coached him on better money management skills for him. prevent repeating previous mistakes. It wasn’t perfect, but it worked, and I felt a lot better than I would have just handed over the money.

When I offer someone a loan, I usually don’t give it. My money usually comes with a variety of expectations, and setting them clearly in advance helps me avoid conflict and confusion later.

The most important part of a loan agreement for me is how and when it will be repaid. If I’m lending someone money, I probably don’t want to be paid back in gift cards, so I like to specify the payment method even if it seems obvious. I also like to specify a repayment period. I might accept installments, or I might prefer to collect the full amount all at once for simplicity; anyway, I want to be clear from the start.

I’ve never charged interest on a loan, partly to be nice and partly to avoid tax consequences. However, I’ve accepted offers to repay a loan with an added favor (like a home-cooked dinner or tickets to a sporting event).

I settle for informal, verbal agreements when dealing with close friends and small amounts, but I like to put terms in writing otherwise. I’m more concerned with documenting the arrangement than writing something that will hold up in court, so a printed and signed contract has always seemed like overkill. A simple email acknowledgment works for me